The Playstation 3 Really is Everything

No hardcore gamer’s home setup will be complete without the powerful Playstation 3. Sporting a large library of amazing exclusive game titles, the most ergonomic and responsive controllers, a powerful hardware setup that makes it a cost effective alternative to computers and a multitude of side functions that can make it the central hub of your entertainment center. 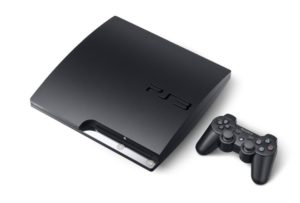 In size, the Playstation 3 is massive. It takes up plenty of shelf space. While a new slimmer version of the original has been launched, both will still require some ample territory. Fortunately, the console can be made to stand upright which is a great bonus of those living in tight quarters.

But all that size is not without purpose, beneath that shiny exterior (or cool matte finish if you’re using a slim), is hardware that brings plenty of high end computers to shame even several years after its launch.

The system makes use of Blu-Ray media “which is heavily supported by Sony. This new form of disc storage packs in a massive amount of data: up to 25 GB for standard, 50 GB for dual layer and over a hundred GB for the BDXL types. So far, the largest game for the PS3 is Kojima Production’s Metal Gear Solid 4: Guns of the Patriots which make use of the dual layer disc “which makes the game impossible to port to other consoles. This means that games made specifically for the PS3 can be larger and bigger than ever before as developers now have more space to add content.

And to read that content, the PS3 has the hardware to match; a high speed 3.2 GHz CPU runs the whole device “which is part of a more elaborate system that makes use of eight Synergistic Processing Elements which help out with the various load requirements. NVIDIA and SCEI have worked together for the graphics processor, the RSX reality Synthesizer which enables the PS3 to handle games for output in true 1080p HD video. Of course, only developers truly get to enjoy these stats.

Numbers and specs aside, what makes the Playstation 3 shine for players is not the excellent hardware, but the features and games. First off, the PS3’s Six Axis controller is so well made that no other controller fits the grip of the hand so well. Making use of a directional pad, two shoulder buttons, two shoulder triggers, 4 buttons and two analog sticks, the device looks like it will take a contortionist to manipulate. But once you try it yourself, you will realize how natural it feels and how intuitive the manipulation of the controls can be.

Using the PS3 is a breeze thanks to the cross media browser, better known as the XMB. This custom UI has been designed by Sony to make content a lot easier to access “and it complements the use of the controller. This OS may seem simple, but it has a lot of many useful features from media playback to web browsing to system data and save-file management. Periodic updates to the OS allow Sony to add more features and fix any security issues that may arise.

The PS3 also makes use of the Playstation Network, a free online service that allows Sony to provide system updates, mini-social networking, online games, multiplayer sessions and various downloadable content (such as game add-ons and media). Recently, SCE has launched the Playstation Network Plus program, a paid subscription service that provides PSN+ users with exclusive content, freebies and discounted rates for paid content. A supplement to the PSN network is the Playstation Home. This is a free and optional game that allows a player to create a character and interact with other players using the software and also to obtain various Playstation Home exclusives.

Overall, the PS3 is a system designed primarily with gamers in mind. Many of its games concentrate on single player modes and focus more on delivering deep storylines as opposed to catering to those who prefer multi-player gaming sessions. While there are plenty of PS3 titles that offer offline and online multiplayer features, the system’s game lineup is a testament to its value for real gamers. If you have a passion for gaming and prefer high quality games that deliver in story, graphics and gameplay, then the Playstation 3 is your best bet. 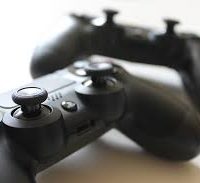