Live, Play and Get Connected on PSN

Sonys Playstation Network has been running for quite some time now and if you are a Playstation 3 or Playstation Portable owner who has yet to sign up now is the time to do so. The Playstation Network, or PSN, hosts a wide array of features and services that many gamers should not be without. Of course, a decent internet connection will be needed. Seeing as the PS3 supports both LAN and WiFi connectivity (the PSP makes use of WiFi exclusively), this should not be much of an issue for a typical household. Aside from being accessible, it is also completely free. 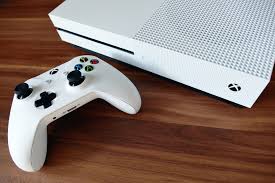 The first big feature of PSN is the Trophies. While many gamers may not admit it, there is a great and guilty pleasure about achieving your first trophy; then later, your first platinum; much later, competing with all of your friends for getting the highest trophy score in the group. So compulsively addicting is the hunt for more trophies that players are encouraged to go out of their comfort zone in genres to try out new ones just to earn more trophies. It is a win-win situation: developers make more sales, and players learn to play new games.

While we did mention the trophies first, simply summing the use of PSN simply for that would be misleading. PSN is the complete and comprehensive online service for any Playstation owner. First off, the site offers the latest news and information hosted on the official Sony Playstation Blog. Since PSN allows users to create accounts for each local network (US, UK, Japan and Asia), players are able to access unique content to each region.

Downloadable content (also known as DLC) is another major reason why players should access the PS Network. Simple content for the console such as themes, wallpapers, and music are readily available. Game add-ons on the other hand provide an expansion for many existing games. Some will provide users with a new character costume or an additional weapon or in-game item. Other DLC will completely enrich the game to a whole new level some by literally adding a new level or stage and others by adding so much content that it is practically a game in itself. Not all DLC however, is free. Some of this content will require players to make an online purchase. While the additional cost may be a bother, most of the content offered is well worth the investment.

Of course, social networking is a key feature for PSN users. Players can get connected to other PSN users through a friends list which allows them to send and receive messages to other players. This also helps facilitate online multiplayer game sessions among users. Once added to the friends list, a player may also check and compare their current trophies and latest games played.

For those who have already started using the Playstation Network, this is one extra feature that Sony has recently enabled: the PSN Plus. This is a subscription based service that allows users to get more content from PSN. Paid users will be able to access exclusive PSN+ content and also, discounted rates for all paid DLC some of the downloadable content are given out for free for Plus subscribers as well.

Our recommendation to any PS3 owner is to make full use of PSNs services. Even without subscribing to Plus, you will get plenty of important features and additional content. Also, connecting online is the only way to back up those hard earned trophies (choose the sync to server option). The recently opened cloud storage on the other hand is the only way to back up locked save games. With service access already built into the console, there really is no excuse to not sign up.