Local Coop Twice the Fun with Your PS3

We all know how fun it is to play a video game, and thanks to the wonderful power of wireless communications and faster internet connections, we can play with many of our friends and even complete strangers online. But what about the times when friends come over? It is hardly fun to be one sitting down doing nothing aside from watching your friend play. This is where local multi-player games come in, while not that common in many games, there are some pretty outstanding titles that make use of the feature. 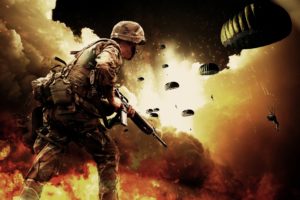 While it is not much used, the Playstation 3 supports multiple players (up to 7). And so far, only one game can use the feature: the PSN-only X-Men: Arcade by Capcom. This old school side scrolling beat them up will feature the iconic Marvel Mutants in their early 80s iterations as they take on the Brotherhood of Evil Mutants. It is a simple game and is good for about two hours of button mashing action and laughable old-school antics. While it is easy enough to finish with a single player alone, it certainly makes for a decent activity small get-togethers.

Resident Evil 5 is a game that tells you right off the bat that you are not alone. Protagonists Chris and Sheva accompany each other as they take on the Tricells Majini and more of Umbrellas BOWs. On cooperative mode, the game uses a split screen setup that allows you and a friend to strategically take down hordes of zombies (in essence, as they are technically not zombies). You can pass ammunition, heal your partner or even help out when your ally gets tackled by an enemy. Our favorite part is how the two players can link their melee attacks for some devastating damage against certain boss characters. On the highest difficulty of this game, we certainly recommend going at it with a human partner.

Sadly, as much as we loved Capcoms RE5 system, the same cannot be said about Lost Planet 2. The game beautiful, the gameplay is excellent and the story is quite well written. As much as we would love to enjoy this game with a friend, local coop splits the screen into two very small parts. The result is a screen so small that you would have to squint just to see the details. So unless youve got a massive 60 inch HDMI screen, dont bother with the local coop here. But if you do, prepare for a massively epic adventure.

Gearboxs Borderlands is certainly ranking high on our multiplayer games list thanks to the fact that popping in and out of multiplayer mode is so easy. Also, the Diablo inspired random-drops system allows players to work together to hunt and trade for better weapons and equipment. While the game itself has a few bugs (particularly with the DLC content), it is a highly enjoyable system that is best experienced when working together with a friend. Besides, once you both get to ride in your own missile-launching desert rovers and start raining explosive death, youll be glad to have someone to high-five.

There are plenty of other great FPS titles that support local coop such as Kane and Lynch, Army of Two (and their respective sequels), Lord of the Rings Conquest, Resistance (just the first, the sequel has no story coop), and many others. But split screen is not the only way to play in coop games locally. There are plenty of titles such as Trine, Sacred 2, Marvel Ultimate Alliance, Little Big Planet and others that use single screen multiplayer modes. All you really need a good partner who loves to game as much as your do!