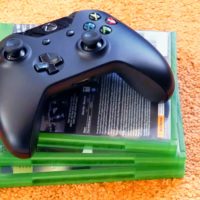 History of the Xbox American company Microsoft creates the Xbox video game console system.  The Xbox entered the world of console electronic gaming in 2001 and placed a direct competition on Sony’s PlayStation 2 and Nintendo’s GameCube at that time. In 2005, the Xbox 360 was unveiled on MTV and went into sales later in the year. Hardware modification and software piracy remained an issue with the Xbox. However, despite the first stiff competition and several challenges along the way, the Xbox brand has made significant success […]