Playstation 3 Specials What’s in the Box

Special games come in all shapes and sizes. If you have been to a game store, it would be easy to spot these games. They come in big boxes with specially designed game art. They are a marked with tons of text and descriptions of the freebies they contain. The price tags are higher and just holding the box tells you that there is much, much more than a simple game inside. For many casual players, these editions do not really matter (since they really cost a whole lot more). But for those for whom gaming is a passion, these are rare treasures. Join us as we take a quick journey an open some of these curiously covetous boxes. 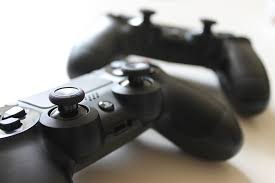 Grand Theft Auto IV comes with a very impressive limited edition of the game: you get your own metallic, locked cash box. Right off the bat, this set is heavy; the tall box deceptively hides how much stuff has been crammed within. The cash-box (or mini-safe) is metallic, brush-painted black (as opposed to using a dark metal) and comes with two keys for opening the lock. The case itself has a bevel of the GTAIV logo. Aside from the slick looking mini-safe, the set also comes with a black duffel bag that sports Rockstars signature logo, a hardbound art book and a music CD (stored in a specially marked slip case).

Killzone 3 has a special Helghast Edition box and this is definite must-have for fans of the Move-compatible shooter game. The bonus includes a large replica of a Helghast Helmet (the same one seen on the Box art), a posable figure of a Cloaking Marksman, a hardbound art book, and special DLC content. The DLC content for this game includes the in-game music, a dynamic theme for the XMB, as well as map-packs and limited special XP rates for the multiplayer mode. Sadly, this is one of those extras that often clash with the design of your indoor furnishings (unless you have got some dystopian-military-future theme going on that is).

Little Big Planet 2 from Media Molecule gets its own special edition of the game. While the box is quite massive, the contents are actually a lot less than we had envisioned. Basically, the box contains four things: the game, a pair of book ends, a plush doll and a DLC voucher. While this may seem a little underwhelming, we are thoroughly impressive with the quality of design and detail for the Sackboy plush and the wooden bookends. Sackboy stands at a pretty nice 6 inches, though he really does not stand up on his own, you will have to prop him up on a display stand or simply have him sit down. The bookends are pretty amazing. They will support almost any kind of game storage (Blu-Ray, Steelbook, PS2 Amaray cases), and of course, works well as regular book ends. You might want to have them displayed close to each other to get the full effect of the design.

Now these are just three of the many limited editions of games that have been released for the Sony Playstation 3, there are a whole lot more and many of these are made very special because of the extra content they contain. Metal Gear Solid 4 comes with a special making-of Blu-Ray disc that contains hours of special footage, interviews and a rare behind the scenes look at Kojima Productions. Batman Arkham Asylum comes with a massive wooden replica of the Batarang (no, we have not tried to throw it).

The set comes with a special stand for the projectile and everything is housed in an impressive Batman-logo shaped case. Fallout 3 comes with a specially designed tin lunch box, a bobble head and a digital clock made to look like the Pip Boy gadget. Indeed, there have been so many released and there are so many more coming, the only thing you should take note of is: which one would you want?