Nintendo is truly a remarkable system manufacturer. The DS, Wii and the 3DS currently hold one of the largest shares in the video game industry market. But beyond their console devices, Nintendo is also the company that brought to us some of the most iconic and well loved characters in the industry. And thanks to the DS, you can take these amazing characters on the road with you. Here are some of our favorite Nintendo originals for the touch screen handheld.

When Mario Kart first came out on the Super Famicom (Super NES in North America), Nintendo showed us all that they had what it takes to deliver a top notch racing game engine and still deliver the fun and wackiness of the Super Mario IP. The DS version holds true to the reputation of the original kart racer. Mario Kart DS brings to you the entire cast, Mario, Wario, Bowser, Daisy, and a few new additions such as special karts, more power-ups and all new race tracks inspired by the many stages of the different Mario games released over the years.

The biggest advantage of MKDS is that it supports multiplayer through the use of the DS’ direct link or through the internet with the Nintendo WiFi Connection. There is no doubt that the inclusion of online multiplayer has pushed the replay value of this racer a hundred fold. 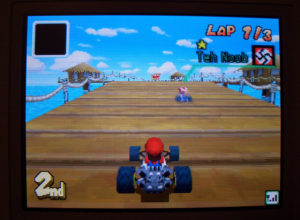 Combining strategy with simulated vehicle combat, Star Fox Command changes all previous notions about Nintendo’s dog-fight sim. Fox McCloud and company now have to decide on how they are deployed on the field and what actions they must take to efficiently achieve missions goals with a set amount of time.

The implementation of the strategy element may have turned off players hoping for a more straightforward, pick-up and play experience, but many appreciate the much deeper gameplay feel that the pre-battle preparations now deliver.

Animal Crossing first came out for the Nintendo Gamecube. This life simulation game placed you in control of a citizen in a fictional town with various animal neighbors. The game’s “real”-time system encouraged players to play the game on the daily basis, as well as playing at different hours of the day in order to catch time-specific events. 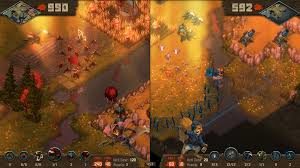 Players also managed their own home which could be decorated with a vast number of appliances and furniture. In order to earn money, players much fish, dig and take part in various activities. Players may also send items or money to other players as well –which important for those who wish to complete matching furniture sets.

On the DS much of the gameplay remains the same –but with the added convenience of portability. Back then, players would have to miss out on in-game events due to obligations to work or family. Now it is easier to see events that you would have normally missed for school or work since you can bring the DS with you wherever you go. Just be sure to play the game on your break times of course!