Nintendo has been the king of the hill when it comes to handheld gaming. Starting with the launch of the original Game and Watch devices, the company started small, focusing only delivering simple gaming enjoyment to players worldwide. With the launch of the Gameboy, the Japanese game company opened up a whole new industry with the very first handheld gaming console. The rest has been history, with the launch of several other devices, Nintendo has knocked out competitors such as Segas GameGear, the Wonderswan, and the Nokia N-Gage (among others). 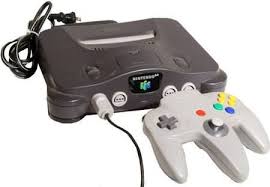 With the launch of the DS, it seemed that nothing could ever come close to Nintendos throne. Until Sony launched the PSP; featuring a wide screen display, graphics that surpassed the original Playstation One and support from a wide range of game developers, many knew that the two systems would clash against each other for market share. And they did.

The PSP won over many gamers for its very hardcore choices of game titles, its multimedia playback features and its WiFi capabilities. The DS on the other hand took on a much larger market, targeting both hardcore gamers and casual players at the same time taking in crowds that the PSP could not cater with its lack of casual titles. In terms of market performance, the NDS dominated the handheld gaming industry leading the sales against the PSP with a difference of millions.

Of course, the DS lacked many of the side features that the PSP offered. But this helped give the DS an edge: a lesser price tag. Even with the more sophisticated DSi, it was still a lot less tech-heavy than Sony handheld. And with the introduction of smart phones with WiFi browsing and media playback, less people saw the need for having a more expensive gaming device that is over-laden with features that their phones can do.

Naturally, many gamers own both devices as the number of exclusive titles for each device is quite extensive, there are plenty of reasons to own both. The PSP concentrated heavily on time-consuming hardcore titles as well as some very addictive multiplayer games. The DS on the other hand, was perfect for quick gaming sessions with its lighter game content and less competitive titles. It also helped that the DS had access to a wide range of Nintendo exclusive IPs such as Mario, Animal Crossing, Pokemon and more.

In terms of hardware, the PSP is obviously much stronger of the two. While the DS did have two screens, it had very low 3D graphics capabilities and could only render screens at a limited resolution. The PSP on the other hand, could easily handle PS games without so much as a single slowdown and has an even faster loading speed than the original console. Because of this, many of the games on the DS tended to be sprite based while the PSP enjoyed a bigger abundance of 3D polygon titles.

So who won the war? The DS obviously made a lot more money for Nintendo than what the PSP did for Sony. But the PSP is also the first handheld while Nintendo has had plenty of experience in the industry and is obviously far more established. With the recent launch of the 3DS and the upcoming NGP, the two game companies are going to go at it again. Either company could very well take the lead, but one thing is for sure, we gamers will have plenty to look forward to.