The Gameboy Advance was one of Nintendo’s best handheld game systems. As a precursor to the DS, the GBA brought forward a new era of handheld, color-screen gaming. Before the advent of mobile phones with VGA screens, the GBA was the first system that delivered SNES quality gaming to millions of players on the road.

Now, more than a decade into the future, some of the GBA’s best titles are still among the most well played classics of today. If you have been wondering what that large cartridge slot on the bottom of your DS is, it is actually a GBA cart slot. Yes, not only can the DS play its many special touch screen based games, it can also be used as a GBA. Here are some of those classic titles that you might want to get back into. 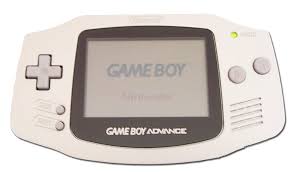 Banpresto’s Super Robot Wars series is one of the largest gaming franchises in Japan, and the OG set is the only one that has ever been translated into English. Thanks to the fine folks at Atlus USA, the Original Generations of SRW are getting a full English language treatment, from the text heavy dialogues to the complex menus. This game is a strategy based combat simulation that features hundreds of giant robots, an epic storyline and some of the heartwarming characters to ever pilot a 5 ton hunk of steel. If you are a big fan of the Japanese imports of the other SRW games, supporting this title just might encourage Atlus to localize the others as well. 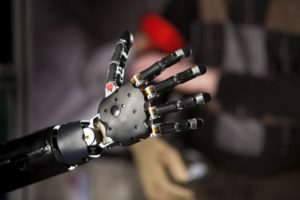 The second strategy combat game in our list, FFT Advance brings to you another take on the world of Ivalice. Unlike the first FFT game on the Playstation 1, Advance brings you to an alternate version of the medieval fantasy world. Here, players join a guild that goes out to accomplish various missions to money and reputation. Each combat stage is ruled by judges, who special laws could be a bane or a boon depending on the situation. Laws are basically random, so players are encouraged to save before each combat –if the laws you get are extremely unfavorable, it is recommended to reset the game and pray that better ones pop out.

Japanese RPGs are plenty on the GBA, but Summon Night gets a special mention thanks to its unique battle system. The real time side scrolling combat elements coupled with weapon crafting makes for a very dynamic gameplay experience.

Also, players are encouraged to use various types of weapons throughout the game –which makes the battles less repetitive since each weapon has its own set of moves. Player take control of a young man learning to a master blacksmith, and in this world, these craftsmen are more than just artisans, they are also masters of the very weapons they build.

A giant tournament is being held to determine the top crafting students and between each major match, players are able to explore a deep subterranean dungeon in order to find new materials for crafting. As the story progresses, more areas of the map and the dungeon can be explored.

There is plenty of inventory management here, especially when handling the weapon crafting. But once you are able to make that high leveled elemental drill and use it to bring that boss down, it will be all worth the effort.