2019 was a fantastic year for video games, with the likes of Death Stranding, Outer Worlds, Luigi’s Mansion 3, and even a tale about an angry goose. If last year wasn’t enough, 2020 also brings us a lot of exciting releases to look forward to such as Animal Crossing: New Horizons, The Last of Us Part II, and Resident Evil 3.

While it’s still too early in the year for some of these more anticipated titles, there’s still a handful of great titles coming out in January to kick-off 2020. Let’s take a look at some of the top ones. Many familiar faces from the anime series return in Dragon Ball Z: Kakarot. Goku is the protagonist of the story, but Piccolo, Vegeta, Future Trunks, among others, have also been confirmed as playable characters.

If you’re a fan of Dragon Ball, then this game is definitely worth keeping on your radar.

Journey to the Savage Planet 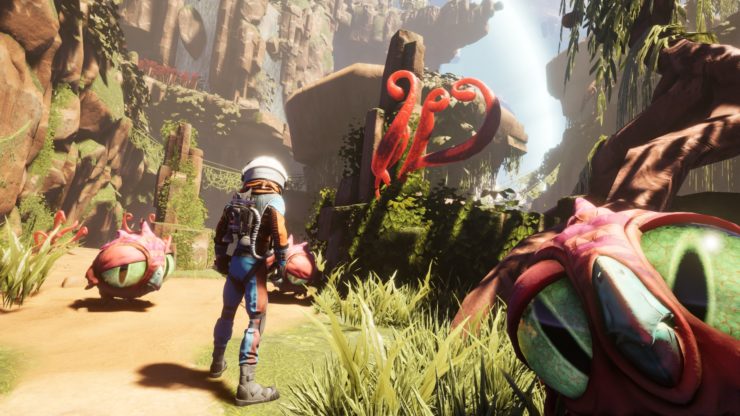 Journey to the Savage Planet looks like a fun and colorful title that’s reminiscent of No Man’s Sky. It takes place in a bright and vibrant alien world that is filled with strange creatures.

You are dropped into an uncharted planet with very little equipment, so you’ll need to explore your surroundings, gather alien flora and fauna, and decide whether the planet is safe for humans to reside in. The game can be played solo or with a friend. Telltale’s The Walking Dead is well-known for its emotional and deep storytelling, fuelled by player choice. The Walking Dead: Saints & Sinners follows a similar path, as your actions and decisions majorly affect how the narrative plays out.

The only difference is that the game is a VR exclusive, which adds a deeper layer of tension and terror as you explore, fight, and scavenge through a flooded New Orleans. The game is set in the fictional world of Azeroth and takes place a few years after Warcraft II. It follows the Burning Legion as they try to conquer Azeroth with aid from an Undead army, which is led by a fallen Paladin called Arthas Menethil. Just before the final battle of the main game, Sora travels to the Keyblade Graveyard and explores the hearts of the Seven Guardians of Light to uncover untold secrets. You’ll also get the opportunity to play as characters like Roxas, Riku, Aqua, and Kairi. Released initially on the Wii U back in 2015, Tokyo Mirage Sessions #FE Encore is a crossover of Shin Megami Tensei and Fire Emblem. Set in modern-day Tokyo, you follow Itsuki and his teenage friends as they attempt to fulfil their dreams of becoming pop idols.

On their journey to fame, they are also tasked with saving the city from an interdimensional invasion. The Switch port comes with several new features, primarily gameplay enhancements. If you enjoy Persona and Fire Emblem, then Tokyo Mirage Sessions #Fe Encore could be for you.