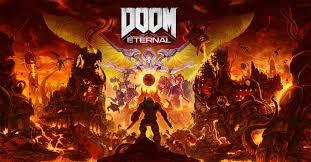 2020 is a year jampacked with exciting video game releases on top of a new console generation starting, and while Feb 2020 game releases were good, March is the first month that truly has multiple exciting games releasing. From a beautiful Metroidvania, to tearing apart demons, to building a lifestyle on a deserted island, March has a wide variety of games for you to get lost in. Here are the biggest video game releases for March 2020.

Ori and the Will of the Wisps

Ori and the Will of the Wisps is the sequel to 2015 game Ori and the Blind Forest. That game combined a beautiful art style with an enchanting soundtrack and emotional story. In Will of the Wisps, you again take control of the first game’s protagonist, Ori, a spirit guardian of the forest he lives in alongside his adoptive parent Naru, a creature named Gumo, and a baby owl they adopted at the end of the first game named Ku.

In the first game, Ori relied on a forest spirit named Sein to use light attacks on enemies. This time, however, it seems Ori has developed his moves for attacking and traversing the world. There are not many details on the game aside from the trailer above, so we do not exactly know what the quest is this time, but from early looks at the game, it will be more of the same fun Metroidvania gameplay combined with a story that will tear at your heartstrings.

Pokemon Mystery Dungeon: Rescue Team DX is a remake of two Game Boy Advance games released in 2006. In the game, you wake up as a Pokemon and partner up with other Pokemon as you travel through several dungeons to rescue lost Pokemon.

This dungeon-crawling spinoff takes into account some classic Pokemon mechanics like type advantages. The game, of course, has received a visual overall to bring it more in line with today’s standards, and also has added mega evolutions to the mix.

The Doomslayer rips and tears his way back in Doom Eternal, the follow up to 2016’s Doom reboot. Hell has invaded Earth. With demons running rampant, the Doomslayer is the final line of defense for humanity’s survival.

The Doomslayer’s armor has been upgraded this time around with a new shoulder-mounted flamethrower and a retractable wrist blade. He also has new movement abilities like climbing and a double dash for more versatile combat. Classic weapons in the franchise make their return, including the super shotgun, rocket launcher, and more, but this time they have a new twist to them. Each weapon in the game has a mod attached to it. For example, the super shotgun has a meat hook that will latch onto enemies and pull you into them. Doom Eternal is the latest installment in the gory, fast-moving series, and has a lot of promise to be a potential contender for Game of the Year.

Animal Crossing makes its way to the Nintendo Switch with Animal Crossing: New Horizons. Nook Inc. has a new Deserted Island Getaway Package for you to go on where you can build a new life on a tropical island. In past games, you would join a village already filled with people and buy a home where you would arrange furniture and do busywork around town. This time, you are building a community, and all furniture can be set outside, so instead of customizing just your house, you are customizing a whole island and can do so down to digging out waterways or creating ledges.

Animal Crossing: New Horizons will feature eight-player multiplayer so that you can join your friends in their island getaway. Seasons in-game will change alongside the season your location is currently in, so as you play throughout the year, you will see your island continually change. Animal Crossing fans have been waiting a long time for the series to come to Switch, and New Horizons looks like it should not disappoint.

Half-Life makes its long-awaited return in Half-Life: Alyx. No, it’s not the Half-Life 3 game you have been waiting forever for, but this might potentially be the closest you ever get. In this virtual reality game, you take control of Alyx Vance in-between the events of the first and second Half-Life games. You and your father Eli have been secretly working on ways to spark a revolution and overthrow the Combine invaders who are now in control of Earth.

Half-Life: Alyx was completely built from the ground up for virtual reality and is one of the first examples of a big-time AAA title solely focusing on VR. You can move your head around the environment, leaning around corners and objects to pull off shots that in normal games would not be possible. This might not be the game you have been asking for for years, but regardless Half-Life is making a return in some form.

Ninja Theory, the developers behind Hellblade: Senua’s Sacrifice and DMC: Devil May Cry are experimenting with a new game style with their first full release since joining the Xbox Game Studios family. Bleeding Edge is a 4v4 team combat game that will remind some players slightly of Overwatch with its colorful cast of diverse heroes, all with different abilities. However, unlike Overwatch, Bleeding Edge focuses on melee combat instead of shooting, so every fight is close and personal.

With the focus being on team-based combat, working alongside your teammates is going to decide whether you live or die in most meetups. Every fighter will have unique loadouts that can completely customize your play with that character to be different from another player. The enemy isn’t the only entity you need to watch out for; some maps will have environmental hazards that can wipe out any team if they are not paying attention. Bleeding Edge is an interesting direction for Ninja Theory to go in, and we will see how they do with an online-only multiplayer game, but if you have Game Pass, you have nothing to lose to give the game a try.