Getting More Out of Your Wii

Nintendos motion controlled gaming console is considered to be one of the top systems in terms of overall entertainment. While its value to hardcore gamers may not be on the same level as the Playstation 3 or the Xbox 360, the Wii has more to offer to a broader market of casual gamers and of course, families.

If the Wii is currently on the center of your home entertainment system, with the console playing host to friends and family, you might want to consider investing a little bit of money and time to grab these very useful accessories. 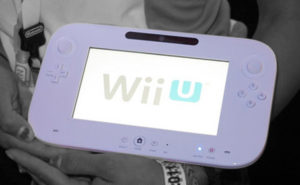 First off, the Wii Balance Board normally, we would not recommend getting a console peripheral that is only useful for one game (Wii Fit), but in this case, the Balance Board is a must have. Not only do you get to do really amusing things on it (you can test which among your friends can balance best on one foot), but there are plenty of useful applications that use the board. These applications mainly improve exercises that help you keep track of your weight something that many gamers would appreciate.

When it comes to pointless accessories that offer loads of fun, nothing beats the various add-ons to the WiiMote controller. They range from simple items such as a sword, shield, tennis racket and the like. While they do not add any functional value (some even make playing a little harder), it is always fun to see your friends waving a plastic sword at virtual enemies onscreen.

Speaking of playing in front of a screen, get better WiiMote straps. Nintendos WiiMote comes with straps that are used to tie the controller to the players wrist (which will help prevent people from accidentally throwing the controller). There are already countless tales of various plasma and HD television screen that have been smashed by an over-eager players WiiMote. Better straps would help fasten the controller to the wrist better just be sure to tell all your users to put on the straps when they play!

Aside from the usual array of swords and hammers, there are a few WiiMote add-ons that actually help, such as the steering wheel, the gun-grips and yes, even the Link crossbow (from Links Crossbow Training). These do not necessarily help you aim better as most of us are far more lethal with a remote control style grip. But they do actually enhance the gameplay experience. There is also an additional extra motion sensing device that goes on the bottom of the WiiMote as well which helps tracking your movements a lot more accurate.

To get more out of your gaming on the Wii, it is a good idea to buy rechargeable batteries. There are two variants. One is the typical AA battery size that replaces the standard batteries. The other is a Lithium Ion based battery that replaces the standard battery and the battery cover. The good thing about the L-ion battery is that is often comes with a charging dock so that you can be sure that every time you play, your controller is all charged up and ready to go.

So the next time you find yourself with a little extra gaming budget. You might want to pass out on grabbing the latest game releases and instead, look for some worthwhile purchases that would enhance your gaming experience with your current library.