The Top 5 Revolutionary Games for the Wii

Nintendo Wii has been considered to be the pioneer in motion gaming. Released years ahead of the PS Move the Xbox Kinect, the Wiimote controlled console has shown us all how fun and exciting motion gaming can be. Of course, not all Wii games make full use of the motions controls –some games can be played just fine with the optional joy pad-style ‘classic’ controller. Others on the other hand, take the use of the Wiimote and Nunchuck to a whole new level. 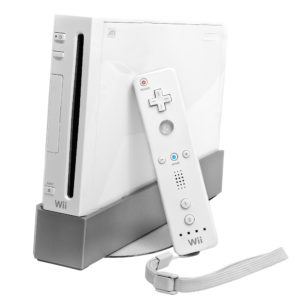 We open this list with none other Goichi Suda’s masterpiece of a beat-em-up: the No More Heroes series. In terms of controls, not much has changed from the original and the sequel (No More Heroes: Desperate Struggle), but regardless, this game is still one of the most quirky motion controlled titles to be released.

Lead character Travis Touchdown ends up joining a tournament of assassins, and in order to reach the top spot, he has to eliminate the rest of the competition. The game opens with the beam-sword wielding hero starting with the tenth spot and as you progress through the story, you get to meet whole host of sexy and bizarre assassins that stand in your way. There’s plenty of adult humor in this game, some subtle, others crude. The action sequences on the other hand, are plenty of violence. It is encouraging to see that Nintendo is now making room for more mature players (after all, most of us who grew up on Mario and Donkey Kong are now a whole lot older).

The controls for this game place it as the first entry on the list: the combo system makes full use of the buttons, motion and even Nunchuck movement to execute Travis’ wide range of moves. We are also going to tip our hats off for the “phone call” event sequences where you need to press the controller against your ear (the Wiimote has an internal speaker) as well as the slightly naughty beam-sword charging motions. Of course, we will not be going into that, it is up to you players to explore.

While we are not too fond of the Japanese novel or the anime, the Sky Crawlers game on the Wii is one of the most impressive flight simulation titles we have seen on the device.

The big advantage of the Wiimote is its versatility. Players can use it as a gun, as a sword, as a regular controller and in this case, as a flight stick. The WiiMote can be used to control your plane’s pitch while the Nunchuck handles the acceleration. Tilting both from side to side will control turning and rolling. It is fun, though a little exhausting after an hour or so –which is due to the fact that unlike a typical flight stick which rests on a base, the WiiMote is supported entirely by your arm. Also, the lack of a base means not having a reference point for a ‘neutral’ position. Some inventive players are known to have crafted their own mounts for the Wiimote to get past these issues.

The game itself makes use of Ace Combat’s game engine, which means that many of the factors considered in flying have been simplified to a point where the game is actually enjoyable (without having to think too much about calculations). Simplified, however, does not mean unrealistic. Reckless flyers will still find themselves stalling and crashing if they do not act with care.

Overall, this game provides a nice change of pace for many Ace Combat veterans. The old school planes and new approach to the delivery will certainly be a welcome change. The challenge level for some of the special boss fights will also force players to start taking the game a lot more seriously even on the normal difficulty. If you are a fan of great dogfights and have been looking for a new way to experience it, Sky Crawlers is the way to go.

Combining various point and click game genres can be a little tricky, but the folks behind Trauma Team certainly know how to make a great game. This little gem of a Wii title is basically an advanced version of Trauma Center for the DS. Not only does it improve on the gameplay of the original, it adds plenty more to the mix.

Players start off the game by choosing one of six characters. Doing so determines what story missions will be played and how the gameplay will turn out. After each mission, players will be returned to the character screen and the same process plays out. This continues until all story missions start overlapping each other in a much larger plot event.

Each character introduces a new form of gameplay. One involves investigation, some require medical surgical procedures, and others require players to talk with patients for diagnosis. There are a total of six individual gameplay features on this game, and they all come together to bring a truly inventive experience in the use of the Wii’s motion controller. If you have been looking for a game that delivers in terms of controls, storyline, visual style and gameplay, then Trauma Team is a definite must have for you.

As ironic as it may seem, a game that was not meant for the Wii is also one that has completely redefined the concept of hardcore motion gaming. Enter Resident evil 4. This little pseudo-zombie fest of the great sci-fi survival horror series from Capcom takes on a whole new style of gaming as it got ported over to the Wii.

Now, looking back at the original Playstation 2 version of the game, it is pretty obvious that the creators wanted to do something different. An optional chainsaw controller was released for the Sony which introduced a new way for the player to ready their weapon (the special controller had more than aesthetic value). With the Wii version, RE veteran Leon –and his epic emo hairstyle, gets the full set of controls that the PS2 controller hinted at.

Movement is controlled by the Nunchuck and the gun control makes use of the Wiimote. This turns the game into something of a hybrid 3D-adventure and on-rails shooter. In terms of graphics and storyline, not much has changed. Those who already played the PS2 version will not find anything new outside of the control system.

This game is a must have for RE fans who have yet to play RE4 (and you should, it has been out for a while) and any Wii owner wanting a little more thrilling than the usual fare of Nintendo titles. The innovative use of the Wiimote and the way it changes the gameplay experience from the original title will certainly be an experience players would not want to miss.

Last on our list is Elebits, a storybook style, children’s sci-fi game that had us wondering just how much potential the Wiimote truly has. For a point of perspective, players have to remember that this is one of the first Wii games ever released, and for that time, the graphics had been pretty good and the controls were nothing short of amazing.

The main story is simple, bizarre beings known as Elebits have starting popping out and it is up to the player to find them all and capture them with a unique laser-gun-zapping apparatus invented by the protagonist’s father. To play the game, players simply have to point and zap objects in game. Initially, you can only zap small objects as you move things around the house (small books, chairs, etc), doing so will uncover various Elebits that can be captured. One you accumulate enough of the alien-like beings, your zapper will become more powerful, allowing you to move larger objects such as entire shelves, phone booths and cars.

The real fun in this game is when you are moving around the stages and tossing objects around. Various power ups will boost your ability to grab, push and even thrown objects up in the sky –which is a great way of clearing the view. It is a fun and light gaming experience, mixed in with a few challenging timed missions. Elebits is a perfect recommendation for those who want a quick taste of real motion controlled gaming. 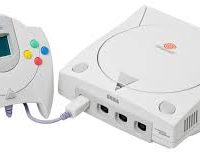