Facing the Next Generation Wave

At the upcoming Electronic Entertainment Expo, Japanese video game developer and console manufacturer Nintendo has confirmed that they will be unleashing a brand new home console system that will rival the power and capabilities of the Xbox 360 and the Playstation 3. While it sounds impressive, it is also a signature of Nintendo: hardware is not everything. Sure, the new system will be powerful compared to the 360 and the PS3 which were released several years ago.

The famous Nintendo motion gaming system, the Wii also faced a similar situation many years ago when it was first launched. The system came out ahead of its competitors at Microsoft and Sony and enjoyed plenty of sales. When the 360 and the PS3 came out months later, critics stated that the Wiis lower spec graphics would be the downfall of the system. Now, many years later, the Wii is still performing strongly in the market. 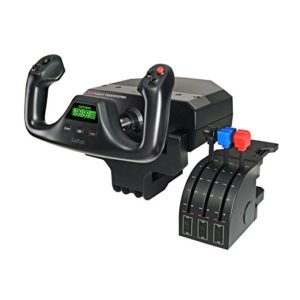 There is no doubt that the hardcore market has long moved on from the Wii -with the system often playing second fiddle to owners of the PS3 or the 360. But it is this market position that makes the system so strong. Among casual gamers, the Wii is the number one system of choice. For hardcore gamers, the low price point and entertainment value of the Wii makes it an ideal secondary system to own. This meant that most PS3 owners had a Wii as a secondary console and the same applied to 360 owners. There were fewer gamers who bought an Xbox and a PS3 let alone those who have all three systems.

Sales and distribution are not the only things important to a game console. A systems game library is always among the most important factors to consider for any person choosing to purchase a system.

Right off the bat, it is pretty obvious that the Wii has a significantly younger target market. If you are planning to purchase a system for a preschooler or a grade-schooler, then the Wii should be the first choice on your list (and you might consider getting a DS as well). With plenty of games that focus on light tasks, bright colored visuals and simple storylines, the Wii makes for a perfect childrens console.

For slightly older audiences, the Wii has some pretty good titles that should not be passed up. Dead Space, Mad World and No More Heroes are just a few of the hardcore titles in the Wiis library. There are also some interesting ports of old games such as Obscure, Resident Evil 4 and Okami that have been brought to new life with the motion controls. It may not be a first choice for the discerning, hardcore players, but if you are looking for a secondary system, it is hard to go wrong with the Wii.

In the end, the Wii has plenty to catch up on in terms of capabilities mostly due to its lower spec hardware as compared to later generation systems. But the Wii was never meant to take up the niche currently occupied by the PS3 (or the 360); instead, the Wii was developed to bring the joy of video games to a much broader audience something that other systems would find difficult to achieve.