There are plenty of reasons to love the Playstation Portable, and one of these is the fact that the device has its own built in WLAN feature. Just flip up the WiFi switch and you are ready to go online or connect with other players. While Sony has opted to not allow games to have multiplayer options via the PSN, the PSP does support ad-hoc connectivity –giving players all the more reason to meet up with their friends and play together. If you have been itching for some solid cooperative multiplayer gaming fun, here’s a quick list of our most recommended games to try out. 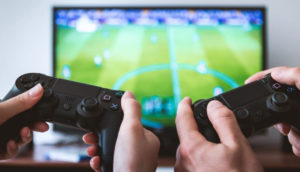 Without a doubt, Sega’s Phantasy Star series is one of the most famous multiplayer games of all time. Even with its initial incarnations on the Dreamcast, the game has already been placing its multi-player feature on the forefront. On the PSP, players get to continue the story of the Phantasy Star universe after the events of the first couple of games, bringing a completely new cast of characters and locations.

The game’s menu driven navigation lets you get around the usual array of shops and mission lists in a flash, with the system waiting only for the host player to confirm the commencement of a mission. Once started, players get to explore the mission maps in a full third person action mode. The ingame combat is easy to grasp and the lock on system feels very intuitive. Overall, this game makes for a perfect starter’s run on multiplayer. For those looking for a deeper gameplay, you might want to check out the next entry.

Originating from the PS2, this strange dinosaur-monster hunting game has taken the world by surprise. Capcom has come up with a really good formula: a main town where the player has plenty to do such as cooking, mining, fishing and crafting items. Then top it off with specialized missions that place the player out in search of massive creatures through deserts, forests, ice capped mountains and more.

The hunting theme is quite evident in game, from the concept of having to track down a target monster in a large map to the visual details of the town and character models. In multiplayer, the large variety of weapons and items allows players to join and compliment each other’s fighting styles. Currently considered as one of the most famous multiplayer games on the PSP, this is one game you cannot afford to pass up.

Unlike our previous two series entries, Peace Walker is a standalone game. This epic prequel story to Metal Gear (and sequel to Snake Eater) brings back more of the stealth based action and cinematic storytelling that MGS is known for. But new to Peace Walker is the ability to link and team up with your friends to accomplish missions.

While it is possible to complete story mode alone, the game is best played with a friend or three. As a team, players can utilize varying squad formations, make joint attacks and accomplish missions faster and more efficiently. As a bonus, creator Hideo Kojima has teamed up with Capcom to put in a few special Monster Hunter stages as well –placing Big Boss (and friends) up against some of the meanest enemies on the MH bestiary.

It may seem like an odd title, but this Namco Bandai game is currently the best cooperative game out there yet. The controls and combat are often cited to be very simplified and we certainly agree –but remember this is not necessarily a bad thing. With multiplayer games, it is quite often that you have to mind a lot of things in the intermission areas. While there is also some inventory management and crafting to be done in GE Burst, these functions are made simple to accomplish and understand.

The result is a game that lets you focus on the fun part: hunting giant monsters. These monsters, or Aragami, are some of the most epic creature we have yet seen in a cooperative game (and we have seen the whole lot that MH has to offer). You, with a team of three will have to work together and take down these nasty beasts. Did we say beasts? Because we meant to, after all, there are plenty of missions in the game where you and your team will also have to face a squad of these titanic monsters. More often than not, players will have to split up and strategize properly to succeed.

There is no doubt that there are plenty more amazing multiplayer genres available on the PSP, some allow for competitive gaming, and others are also cooperative. But there is a certain charm to the third person action hunting genre that makes it hard to resist. Be it the in depth character customization, or the many things you can do in game, or the fact that you can take on some of the most epic monster battles ever made in a game. Either way, you can expect to see of these types of games to appear in the future, and more reasons to stay connected with your friends.