There is plenty of talk about the Next Generation Portable –basically, the PSP’s successor. As much as we all would want to call it the PSP2, Sony’s official name for the new device is the NGP. And so far, most of the hardware features are proving to be quite impressive and promising. Despite all things optimistic, it is hard to deny that there will be a lot of changes, and most certainly, a lot of features will be missed. Here’s a quick list of some of the things we would wish were present for the NGP.

The universal media disc has its fair share of detractors, limitations and issues. But the bottom line here is that disc based media has always been a key element for the PSP. While modern flash based storage can easily match discs in terms of storage size, there is a certain charm to the UMD that will be lost. Also, there are plenty of reports that the NGP will be hosting save files on the new game media itself. The only good thing here is that Sony will still be selling physical games –as opposed to the PSP Go style of having only download content. 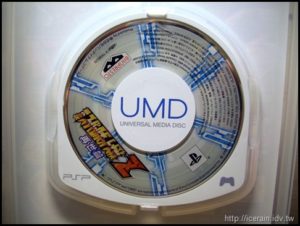 Sony’s Cross Media Bar has been lauded to be an award winning user interface design –and after using it, we can clearly see why. Used in the PSP, the PSX and many Bravia models, the XMB provides users with an easy to use interface for accessing a wide variety of features and controls for Sony systems. Now, a new UI has been introduced for the NGP and it will be making the most of the touch screen input. While impressive, it certainly looks a lot more cluttered and less composed when compared to the more dignified approach of the XMB.

For PSP owners, the XMB has been a major factor for making the device easy to use. Since it is based on the control pad’s directions (up, down, left and right), moving across one set of options to another takes only one tap of a button. Viewing media, managing save files, changing settings have all been made easy with the XMB. Also, a large choice of PSP themes allows players to change the look of the XMB icons and background. Without a doubt, this UI will certainly be missed.

It may not seem like a big deal for many users, but a removable battery is a great convenience for those us who love to travel. Playing with your favorite games while on the road is a treat that many gamers cannot do without. But sadly, as impressive as any battery capacity may be, games that use plenty of processing power and WiFi connectivity will certainly take a serious drain on your charge. When you are in a location without a decent wall outlet or access to car charger, the only hope you have for gaming is to pack along a second fully charged battery or two. Those of you who love to play ad hoc games will certainly be familiar with how much value a removable battery gives.

In the end, despite all the little drawbacks on the side, there is no doubt that the NGP will still be much looked forward to. After all, with such powerful hardware and a promise of great launch titles, who would not be excited? But the PSP is far from obsolete. With most of the PSP’s major titles just being released, we can expect to see more enjoyable hardcore gaming on this classic Sony handheld before it finally waves goodbye.