We all know the fact that the Monster Hunter series is making waves all over the world thanks to the fact that the PSP has got some pretty sweet WiFi Ad hoc gaming capabilities. But does the multiplayer adventure really stop there? After all, with the deluge of the 3D hack and slash adventure genre, it seems pretty hard to fathom that other types of games would also be available –but they are. And here are three of the most unique cooperative play experiences you can get on the PSP. 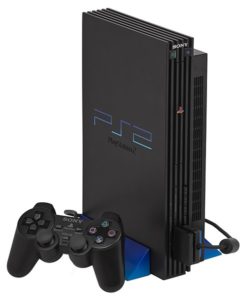 Patapon has made plenty of waves with its unique beat system controls. Now, the super-cute army simulation game takes you and a friend in control of special, customized heroes that will dish out attacks that matches that of a full squad. As a team, players can link up with up to four friends as they march towards various goals in order to hatch an egg. Succeed and the egg hatches into a special item awarded to the host player –with a few side items awarded to everyone. In order to encourage more cooperative play, players will take turns changing the designated hosts.

It may sound simple, but between lugging around a giant egg and facing off massively gigantic creatures, you and your team will have your work cut out for you. This game rewards timing and cooperation: do not hesitate to call out what needs to be done (attack, dodge, charge, etc) and keep your rhythm up to reach your hero’s fever induced super mode.

While the single player for ACX2 has been a bit of a letdown for many hard core fans of the incredibly popular dogfight simulation series, the cooperative move is undoubtedly one of the most innovative ever made for a game. Up to a total of four human players can link up for this game and depending on each player’s choices and performance, many of the stage events can change.

On a regular mission, players all fly together in a single map in order to reach a certain goal (reach a location, destroy certain targets, etc). On special missions, players are divided into two teams, each with their own map and specific goal. By doing this, players can affect what happens in the adjacent missions. Something similar to stopping enemies from lifting off –effectively prevents what would have been a third wave or reinforcements for the other players.

Of course, there are also competitive missions that you and your friends can play –but with the game’s offering of a full campaign cooperative play, why pass up on such an experience?

There is more than one to choose from and all of the Lego SW games are known for their impressive multiplayer gameplay experience. In this series, two players can link up to control various characters in the famous science fiction storyline. While most of the events follow what is considered to be Star Wars canon, the delivery has been changed to suit the Lego universe a lot better. Most noticeable is the less serious atmosphere and the many humorous scenes that have been inserted in the game. And yes, it is eternally amusing to watch Darth Vader using the force to combine a bunch of Lego bricks to form a bridge.

The gameplay follows your typical 3D action platformer –with an added twist: you are using Lego! Combining the power of the force and the fact that the entire universe is made of bricks, players can switch in and out various characters, build objects, and even break apart obstacles much like you with the actual toys. Each character is designated with one of several ‘classes’ (with a few abilities transgressing each) that helps players get past the many obstacles in the game. Fun, easy to learn and even better when it is played with a friend, Lego Star Wars has become one of our most cherished multiplayer games of all time.