5 Games You Need to Play on Android

Sometimes there’s too much to choose from when looking for a game to play on your Android. It can be overwhelming endlessly scrolling through Google Play, so you end up downloading Candy Crush for the hundredth time. This list contains five games available on Android devices that stand out from all the rest.

Monster Kitchen (not to be confused with Toca Kitchen Monsters) is a straightforward and relaxing game. It’s perfect for when you’ve got a little time to kill, on a bus journey or those ten-minute breaks at work. This tile-based puzzle game has you cooking burgers for a line of hungry monsters. If you mess up a monster’s order, you’ll have to start it again. There is also a time limit, so the faster you work, the better. As you progress, you’ll unlock different monsters to feed. That’s pretty much it in terms of gameplay, but its basic and uncomplicated approach is effective.

Unlike Overcooked, this game is not frustrating or too challenging. The simple premise makes it wonderfully calming and great at keeping your hands busy. It’s also completely free, which is a nice bonus. The developer, No Moss Studio, create a huge array of mindful, relaxing games for Android that are also worth checking out. Monument Valley is a stunning puzzle-exploration game in which you lead a princess named Ida through geometrical architecture and monuments. The game is played in an isometric perspective and you must interact with the world’s surroundings to discover paths to progress through the levels. Ida will also learn new abilities as you dive further into the game, like walking sideways. Each of the ten levels features their own mechanic, such as moving platforms or building bridges.

The visuals in Monument Valley are gorgeous. The buildings and objects are blocky and perfectly straight, and these complement the colourful background nicely. The design of each level is beautifully detailed and different from one another, so you’ll never feel like it’s becoming repetitive. This makes playing through the puzzles in the game even more joyous.

With only ten levels, Monument Valley is a short but sweet affair. Even though it won’t take you very long to complete, it’s still a delightful and charming puzzle game well worth the price tag. Alto’s Odyssey is fun and simple, but annoyingly addictive. If you’re not a fan of titles like Temple Run, then this game might not be for you. Taking control of Alto, you sandboard down sandy slopes, rooftops, and bounce atop balloons in this procedurally-generated endless runner. You can move from left to right and jump by tapping your screen. If you hold your finger down, Alto performs a backflip which will grant you a speed boost if you land correctly.

The gameplay incentive is based on attempting to beat your last high score and progressing further in the level. Its difficulty curve is balanced fairly and makes you want to get back on your sandboard and try again. One of the best features of the game is its extremely pretty artwork. There’s a lot of variety in the environments, from bright orange and pink sunsets to midnight blues and purples. These colours blend harmoniously with the black silhouettes of the foreground. The music in Alto’s Odyssey is also another highpoint. Each score matches the surroundings effectively and creates a calming ambience. It makes for a charming experience all-round.

Alto’s Odyssey does offer microtransactions, but these are completely avoidable. You can easily play the game without spending any extra cash. It’s an impressive and entertaining endless runner that is great to pick up and play for a couple of minutes.

Thomas Was Alone is a 2D platformer where you lead a bunch of rectangles through a series of obstacle-ridden environments. Each rectangle has different abilities which you need to utilise to reach the end of the level. This playful puzzle-platformer is narrated by British comedian Danny Wallace. It’s a tale that is both endearing and humorous. The game is about friendship whilst telling the story of how the world’s first sentient AIs emerged.

The design is purposely minimalist, but don’t let that put you off. Even though the visuals are plain, the puzzles are challenging and creative. There will be points where you’ll be stumped on what to do next as you try to figure out how to get each rectangle across a certain gap or up a ledge. For example, a square called Chris is short and unagile, so he needs the other characters to lift him up over high platforms. Despite the characters’ taking the forms of basic shapes, they’re crammed with personality. They aren’t voiced, but the narrator gives insight into what they’re thinking and feeling. It’s very well done. Matched with the seamlessly melancholy soundtrack, it makes for an enjoyable and thought-provoking experience.

There are ten chapters in Thomas Was Alone. Each chapter introduces a new character with a new onset of skills. The addition of new blocks makes for more stimulating gameplay, as towards the end of the game you’ll be moving ten rectangles around. Overall, it’s a brilliant puzzle-platformer that is packed with a great story. If you fancy a game that is fun and challenging, but with more substance than your average endless runner, then you should give Thomas Was Alone a play. 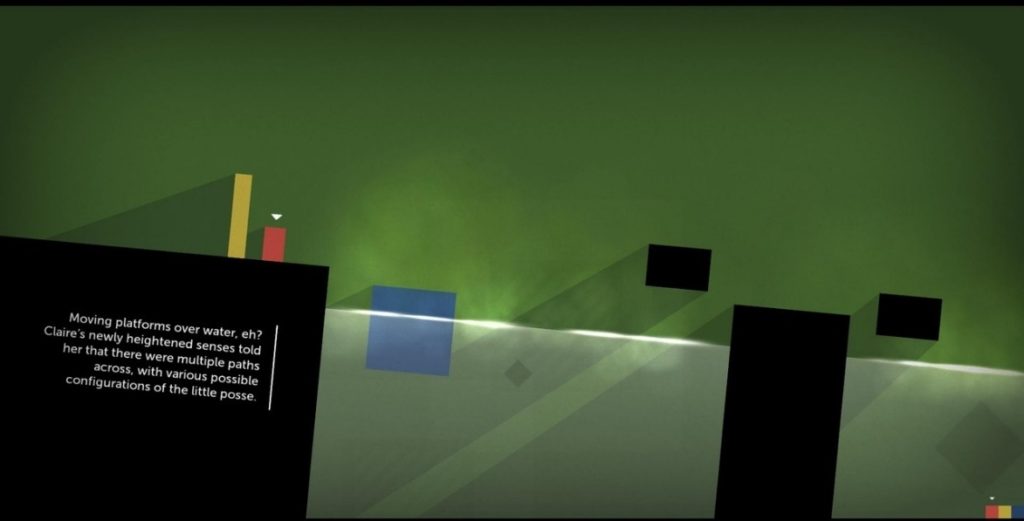 To the Moon is a well-written adventure driven entirely by its story. At some point in the future, the ability to alter peoples’ memories exists. The founders of this technology offer a service to dying individuals a way to fulfil dreams they had never achieved. They do this by creating a copy of the person’s memories and deploying two doctors to help the person accomplish their desires.

To the Moon begins when doctors Rosalene and Watts meet their next patient, an elderly man called Johnny with a day or two to live. Johnny’s last wish is to go to the moon, and it is up to Rosalene and Watts to deliver his request.  As the doctors step into Johnny’s past, they have to piece together what happened and why the old man chose this particular wish.

To the Moon is a top-down adventure that is reminiscent of RPG genres, but it features no combat. Most of the gameplay is walking around and clicking on things. There are some puzzles and mini-games, such as flipping tiles, but that’s the bulk of it. The majority of the game focuses on wandering around the small areas, reading texts, and clicking on objects. There is practically no gameplay, but this isn’t really an issue.

To the Moon is a fantastic game because of its story. It’s emotional, captivating, and unique. It’s the sort of game that will have you still thinking about it weeks after you’ve completed it. The narrative intertwined with the wistful notes of the piano and string-heavy score creates an experience that you won’t forget too soon. 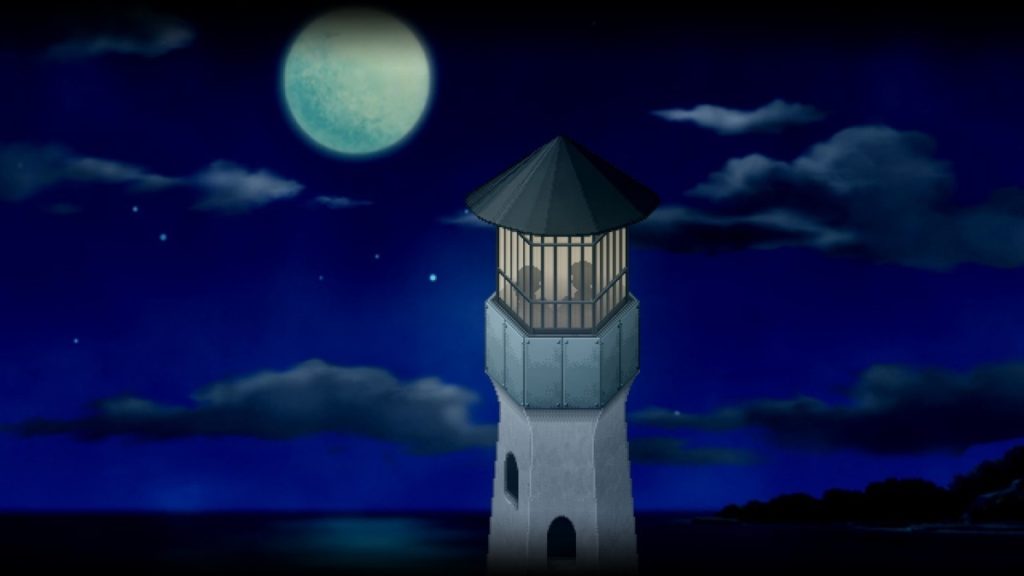