History of the Xbox 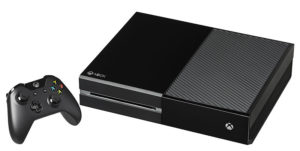 American company Microsoft creates the Xbox video game console system.  The Xbox entered the world of console electronic gaming in 2001 and placed a direct competition on Sony’s PlayStation 2 and Nintendo’s GameCube at that time. In 2005, the Xbox 360 was unveiled on MTV and went into sales later in the year. Hardware modification and software piracy remained an issue with the Xbox. However, despite the first stiff competition and several challenges along the way, the Xbox brand has made significant success over the past few years to become a household name in the hardware world and a strong pillar of Microsoft’s business. In this article, we’ll walk you through all Microsoft’s games, consoles, hardware redesigns, and significant peripherals.

Microsoft released the Xbox One on November 22, 2013, which is the successor to Xbox 360. This robust system addresses one of the most persistent flaws of the Xbox 360. The Xbox One removes the ability to swap out the hard drive and allows users to use external USB 3.0 drives to increase storage. While the console is relatively large, it runs cooler and quieter, and designs to horizontal orientate due to the placement of its air vents unlike the Xbox 360.

Starting with the original, Xbox launch back in 2001, and then followed by 2005’s debut of the Xbox 360. Microsoft’s ambitious Kinect sensor followed in 2010, with the Xbox One release following in 2013. However, removing mandatory Kinect features is the most significant U-turn. Since Kinect is no more a requirement for the daily running of Xbox One, this means Microsoft now has the option to design a ‘Kinect bundle,’ that is likely to be the $499/ £429 console confirmed during E3 2013

Microsoft also reverses its used game policy, and there will be no limitations to using and sharing games. Microsoft earlier revealed that it would support installing games to the HDD without the need of disc, but the new changes mean that disc will now be required to be in the tray for the game to work. “Downloaded titles cannot be resold or shared,” says Microsoft, which means a 10-person family-sharing feature has been killed off.

The Xbox One is powered by a GPU that’s very similar to the Radeon 7790 and an 8-core x86 AMD CPU. The game is a powerful piece of hardware with 64-bit processors, 8 Gigabits RAM DDR3, and plenty more muscle.  Xbox One features a Blu-ray drive, 802.11n WiFi (with WiFi Direct), 500GB hard drive, HDMI in and out, Gigabit Ethernet and USB 3.0. There are three 802.11n radios so that the console can connect to your mobile devices, gamepads (WiFi Direct), and home network without added latency. Continue reading this guide for a more detailed breakdown of the Xbox One’s hardware.

Xbox One features the same Xbox logo on the console like the Xbox 360. The controller and the Kinect logo glow white to communicate with the player; this shows that the new Xbox One console has more of an entertainment focus with the different console from the previous Xbox 360. Despite the glow changing to white, Microsoft says green is still the primary branding color for the new hardware, while Kinect’s use of purple is going away. Microsoft replaces the power button that identifies each player with the single glow, and the team has also dismissed the four quadrants surrounding the Xbox logo on the 360-controller.

The Xbox one AMD APU power gives us eight Jaguar cores, which is less efficient and slower than Intel’s Core technology. GPU-wise, this console is based on an AMD GCN architecture with 12 compute units that have a total of 768 cores, operating at 853 MHz and providing an estimated peak power of 1.31 TFLOP. 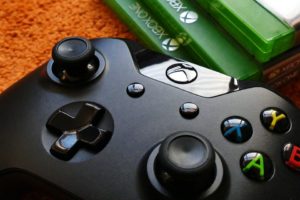 However, Microsoft made up for that mistake with the release of a lighter and smaller controller called the Controller “S.” This controller had the same button layout: two shoulder buttons, two trigger buttons, four face buttons, two analog sticks, a home button, start and select buttons, and a D-pad. The shape of the controller was designed to be far more ergonomic, creating a more comfortable device that is the best in that generation of gaming. In 2015, a newer revision added a 3.5mm headphone jack to the bottom of the controller.