In last week’s Apple Worldwide Developers Conference, Apple announced some significant improvements to in-game support in the iOS 14 and iPadOS 14. All Apple devices will have additional controller support, haptics, motion, rumble, and controller button remapping. On top of that, iPad gaming will receive a significant boost in mouse and keyboard functionality.

Console controller support for iOS and iPadOS based games will now include Xbox Elite Wireless Controller and the Xbox Adaptive Controller. These new controllers are excellent additions to the DualShock 4 and Xbox One already supported in iOS 13. It will also be possible to do button remapping for all controllers, making gaming significantly easier. Button remapping can either be executed per app or at the system level, and it will be available globally.

Motion inputs in controllers like Sony’s DualShock 4 will be supported. Support for the LED Lightbar will enable developers to change the light’s color on the controller based on the character’s health. It will be possible to use the gamepad’s touchpad for finger tracking. In addition to that, developers will be allowed to enable their games to display the controller’s battery level.

Controller experience will be made better by zone-based rumble and haptics support. Haptics and rumble support will enable game developers to program feedback into their games. As a result, gamers will feel specific things like explosions, gun recoil, or hard tackles depending on the type of game being played. However, Apple did not reveal whether the new operating systems will support controllers for Xbox Series X and the PlayStation 5.

In addition to refined console controller support, gaming on the iPad will also include real mouse and keyboard support (we know that Brandon will love this). The current keyboard and mouse functionality in iPadOS during gaming is anything but great. For instance, when using the keyboard, one cannot press multiple keys at a go. Also, gaming with a mouse is quite troublesome, and it cannot be used for camera control or aiming.

Full mouse and keyboard support will give iPad gamers PC or Mac-like experience during gaming and satisfy those unable to afford a gaming PC. Developers will also be allowed to disable pointer system gestures like the Control Center, thus enabling fullscreen gameplay.

Alongside all that, players will get to enjoy an all-new Game Center focused on discovering games and playing with friends. Apple’s new Game Center features a refreshed design with a new dashboard and a redesigned achievements section. From the game center, one can customize their game access point and adapt the interface for all platforms and orientations.

With Apple having done their part in creating an excellent gaming experience in all their devices, it’s up to developers to make their games compatible with all these features. If developers are up to the task, it will be exciting to see games have full console controller support, complete with the haptic response and zone-based rumble feedback, and true mouse and keyboard support. All the updates will become available to the public this year once Apple releases iOS 14 and iPadOS 14. 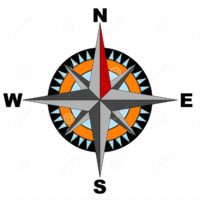 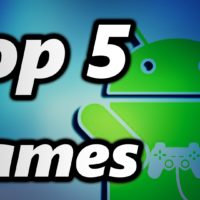