Sony finally ended their extended period of silence about the next generation of their PlayStation consoles in a big way. On June 11th, they held a mega event that revealed tons of games and gave us our first look at the hardware we will sink hours of our life into. Here is everything they showed, and a bunch of reactions from around the internet.

Let us begin where Sony ended the event. We finally got our first look at the PlayStation 5 and found out that there will be two different models you can purchase this holiday season, one with a disc drive, and an all-digital version without one. Unfortunately, we still have no idea when the console releases or for how much, but it is good to finally see the box itself.

Sony went a bold route in its design of the console. It has many curves to it, and even though it does not look like it would be sturdy on its side, you can lay it down. The console is the largest Sony console yet if you compare the disc drives to everything else, like in the image below. Unfortunately, I cannot find the originator of this image. We should note that this is an estimation, but expect it to take up quite a bit of space in your gaming area.

Alongside the two console models, we also got a first look at a wireless headset, a new media remote, a DualSense controller charging station, and a new camera. Of these new accessories, it will be interesting to see what impact the camera has on the PlayStation 4’s virtual reality headset. Unfortunately, no details were given.

As is expected with the reveal of the new PS5 console, the internet had its fun and made a variety of memes.

While there have been plenty of jokes about the design of the new console, the overall consensus seems to be that people are excited about the future of gaming.

While people were excited to see the new PS5 finally, the massive amount of games Sony showed were the stars of the show. There was a large variety of genres here and a little bit of everything for everyone. Here are all the games shown at the event. Of the following games, those in BOLD are PlayStation exclusives, while UNDERLINED are console launch exclusives.

Not only is that a massive list of games coming, but a large majority of them will also only be playable on PlayStation consoles (at least at launch).

There was no shortage of reactions to the overall PS5 event. Fans and industry personnel from all over took to Twitter to show their thoughts on what is coming.

Congrats to our friends at Sony on their show today. Xbox fans should know titles like GTA V, Resident Evil Village, Hitman 3, NBA 2K21, Pragmata, etc are going to look and play great on #XboxSeriesX the world’s most powerful console. #PowerYourDreams #XGonGiveItToYa 💚🙅🏼‍♂️🔥

Really awesome to see so many devs on the stream. Really pushing the bar! So many things to be excited about. Go fam! #PS5 pic.twitter.com/0q8GDItGik 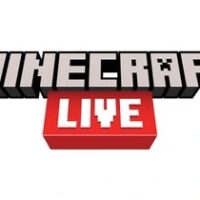