How much do you know about the Nintendo Switch? If you’re interested in the Switch, but don’t have much information about it, you can find answers to a lot of your questions in this article.

What Is the Nintendo Switch?

The Switch is the current hand-held gaming console from Nintendo. It was released back on March 3rd, 2017 and as of March 31st, 2019 Nintendo has sold more than 34.74 million of its units. The console was preceded by the Wii U which despite being “one of its kind” consoles was disliked by the majority of Nintendo’s fans. Unlike many consoles on the market, this console doesn’t require any screen or TV. Even though you do have the option to connect your console to your television, but you can always use the console as a hand-held device. The console comes with an integrated 6.2 inches LED display.

The console comes with a dock, which the device can be placed in when you want to connect it to your TV. It also comes with Joycons, which are removable controllers. You can connect the Joycons to a device and use them as a single controller, or you can use each individual console as its own controller. You’ll have everything you need to play your Switch right out of the box.

What Sets the Switch Apart from Other Consoles?

As mentioned above, the Switch is both a standard console and a hand-held device. This gives it a level of versatility that other consoles don’t have. The console is also the only place to play Nintendo games. If you’re a fan of the Mario or Zelda franchises, then this is a console that you need to own.

The Switch is slightly less powerful than the other major consoles on the market, the PlayStation 4 and the Xbox One. Because of this, it might not be the right console for you if you primarily want to play multi-platform games. With that said, if you’re a fan of Nintendo’s output, you owe it to yourself to consider this device.

Is the Nintendo Switch Worth Buying?

Whether or not you should buy the Nintendo Switch comes down to what you are looking for. The question really is, would you appreciate a device that gives you the freedom to play at your home and on the go? Do you want to enjoy or experience that feeling of being one among the only few to play the Nintendo’s first-party games?

You’ll want to learn a little bit more about the Switch and what it has to offer before you make any decisions about whether or not you want to buy it. It’s a good idea to take a closer look at the Switch and think about the games you’d play if you purchased this device. From there, you can decide if it’s worth your money or not.

What Are Some of The Top Games on The Nintendo Switch?

The Nintendo Switch has a massive library of games. Nintendo themselves developed a lot of the most popular titles on the system. Many people have described The Legend of Zelda: Breath of the Wild as the best game of this generation. Other popular gaming titles of this gaming console include Smash Bros: Ultimate, Mario Odyssey, and Splatoon 2. There are also a lot of third-party games that you can enjoy on your Switch. Nintendo has a strong relationship with indie developers, and many independent games are available on the platform. Many of the 3rd party games are available for a premium, but there are many which can be played for free. The game title “Baba is You” was recently released to great critical acclaim. The smash hit Stardew Valley can be played on Switch, and it even offers multiplayer options.

If you’re a fan of AAA releases, you can play games like Diablo III, Skyrim, and Wolfenstein 2. With such a vast library, virtually anyone will be able to find a game that they want to play.

Is the Switch A Durable Console?

One of the main things people worry about when purchasing a console is whether or not it’s durable. No one wants to spend hundreds of dollars on a console and games only to have the console break.

Nintendo has an excellent reputation, and all of the consoles that they make are incredibly durable. If you do have an issue with your console, you should be able to get the repairs that you need through Nintendo’s customer service department.

Is the Switch A Good Console for Kids?

If you’re looking to buy a game console for your children, you really can’t go wrong with a Switch. The Switch has all kinds of games that are child-friendly, including Pokémon Let’s Go, Yoshi’s Crafted World, and popular titles like Minecraft.

Since the Switch is portable, kids can easily play it in the car. The console has limited internet functionality, which means you won’t have to worry about your kid getting into trouble when they play. You can ensure that they have a safe experience when they’re using their Switch.

Are New Games Being Released for The Switch?

The Switch is only a few years old, and there are plenty of new games on the horizon. Over the course of this year, a lot of hotly anticipated titles will be released, such as the new Animal Crossing and Pokémon titles. A new Fire Emblem game is set to release as well. Nintendo has a history of supporting their consoles. The Switch already has a massive library of games, and you can expect that library to grow even larger from this point on. You’ll be able to get a lot of usage out of your Switch if you decide to buy one.

If you’re not a Switch owner, you’re going to want to learn more about this console and everything it has to offer. The Nintendo Switch has a lot of devoted fans, and if you check out this console more closely, you’ll be able to understand why that is. 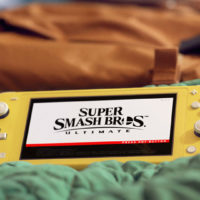