The Microsoft Xbox 360 Console Powerful Gaming in a Box

Gone are the days of drab, underpowered gaming consoles with limited features. The Microsoft Xbox 360 is here! It doesn’t matter if you are a serious gamer or a mere hobbyist, the Xbox 360 that Microsoft launched in November 2005 is suitable for all players. It claims to have taken into consideration all the facets of ultimate gaming experience with this much-improved version of the original Microsoft Xbox that came out in November 2001.

Check your budget. Depending on what you can afford, you may start with the very basic core system composed of the light console, the wired controller and the composite AV cable; and when your budget allows you to purchase other peripherals one by one for the enhancement of your total gaming experience, maybe you’d want to change your wired controller with the wireless model, or maybe you’d want to add in the Xbox Live headset for amplification of sound effects to a mind-boggling level far above what your normal TV speakers could provide. 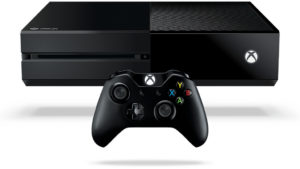 On the other hand, if you are one of those to whom “money is no object,” you may just go ahead and buy the entire Microsoft Xbox 360 system, where everything is all in (i.e., the console with premium chrome finish, a wireless controller, the Xbox Live headset, component hard drive-AV cable, the Ethernet cable that allows you to connect with the other players, and the hard drive that contains an array of original Xbox games and allows you to download even more games. Since the Xbox 360 allows up to four wireless controllers operating on one console, it lets you play with three other players simultaneously for that added fun and challenge in live competition.

The Microsoft Xbox 360 gives you total digital entertainment. You may amplify and enhance your music and movies to a soothingly soft or to a ripping loud volume. Connect to the Internet and instantly stream your music, digital home movies, photographs and graphics or any other files stored in your hard disk, memory and other digital media that are Microsoft Windows XP-based PC that you want to share with others.

When attached to your TV, the Microsoft Xbox 360 takes advantage of the high-definition TV resolution in its full color and size that makes the game movie-like. Its anti-aliasing capability renders the animation flawlessly smooth and non-jerky, and the characters seem as though they are jumping out of the wide screen! When you are connected to the Internet via the Ethernet card, you have the Xbox Live headset, a facility that allows you to voice-chat with other players, thus combining active gaming with socialization.

There are games that are rated “must-have” because they are simply sensational with the Microsoft Xbox 360. These include “Dead or Alive 4,” “Call of Duty 2” for the best WWII shooter, “King Kong” for great effects and “Need for Speed Most Wanted” for racing fans. For some odd reasons, some games that run with excellent audio and video effects using the first version of Xbox don’t run as well in the Xbox 360; these include “Madden NFL 06,” “NBA Live 06.” This must be given immediate attention by the Microsoft people because it is a source of great disappointment for hardcore gamers and, in some cases, could be a deal-breaker.

Pressure is on for movie makers and game programmers/manufacturers to properly and visibly indicate the appropriate rating of their products on the packaging to provide guidance for buyers. In this regard, it is an added attraction to parents that the Microsoft Xbox 360 has settings that allow them to control how it is used by their children. The box has Family Settings which enable parents to shield their children from unsavory or unwholesome contacts. Family Settings perform two functions on the Xbox 360 console-to allow or restrict access to offline games and/or DVD movies, and access to online contact and content via the Xbox Live environment.

ESRB is the regulating body that takes care of rating the propriety or impropriety of a game or movie based on age. ESRB’s restrictions on games are EC (early childhood) for children below 6 years old, containing no inappropriate materials at all; E (everyone) for children younger than 13, and these have minimal violence and comic mischief but are substantial for character building. Some Xbox 360 games with an E rating include Ridge Racer 6 and NBA 2K6.

The rest of the ESRB ratings are: T (teen), which may also contain minimal violence, mild-to-strong language and/or suggestive themes; M (mature 17+) containing mature sexual themes or more intense violence and language; AO (adults only, for players aged 18+), which may include more graphic sexual themes and/or violence; and RP (rating pending) for games that have not been officially released yet.