When Sony officially announced and revealed the PS Vita in 2012, millions of gamers throughout the world rejoiced. The promise of bringing AAA budget games to a handheld and portable device was becoming a reality. Sony promised to bring some of it’s biggest IP’s to it’s Vita handheld which promised to be a worthy successor to the ever so popular and successful PSP. Below, we will be going over some of the key specifications of the PS Vita, what it brought to the table and ultimately why it failed to grab the intended market share and public appeal.

Key Specs Of The Vita:

The Vita offered one of the best displays to ever grace a portable gaming device. Not only did it have a full 5-inch display, but it offered a display featuring OLED technology during its initial launch which remains one of the best that you can buy on the market. While they eventually streamlined production and re-released a new iteration with a much less costly LCD display that was much less vibrant, it remained a good display. Along with the high-quality display, it also featured touchscreen capabilities which really opened up new gameplay mechanics for developers to take advantage of. Stellar games like the critically acclaimed Tearaway were able to really open up a lot of new and fun gameplay mechanics due to the touchscreen inclusion.

The rear touchpad is another unique addition to the PS Vita. This allowed for developers to port over games that required the use of L2 and R2 buttons on regular PlayStation controllers. 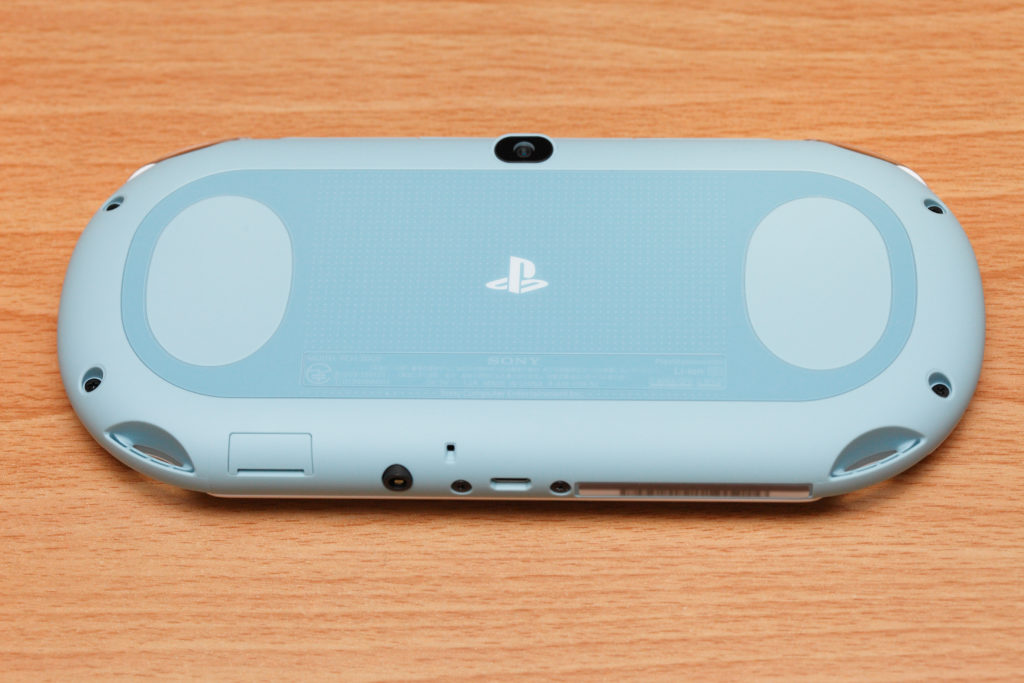 The Vita featured a very capable Quad-core ARM Cortex-A9 MPCore CPU along with a Quad-core PowerVR SGX543MP4+ graphics card. This allowed for the system to be easily the most powerful portable gaming device ever released which allowed for AAA developed games like Killzone and Uncharted to be released on the platform and look incredible.

Another major feature that was packed into the Vita was a full Six-axis motion sensing system which allowed for full gyroscope motion controls. This is the same type of technology you see in a lot of the newer input devices for gaming consoles.

What Did The Vita Bring To The Market?

This is perhaps where Sony and the Vita were ahead of its time. Remote Play is something that was touted as a ‘game-changing’ feature upon Vita’s initial release. The promise of being able to remote play your PS3 games on your handheld device wherever you are was extremely ambitious. However, likely due to networking capabilities being limited, it failed to really capture a big percentage of the market.  In 2012, the performance Remote Play offered was a shell of what it is capable of doing today. While the prospect was still exciting at the time, the idea was really ahead of its time and the technological limitations stunted it’s potential. Now, if you attempt to Remote Play with your Vita to your PS4, you will have the kind of game-changing experience that they originally touted. However, this improvement came on too late. Prior to Vita’s release, it was only a pipe-dream to even think about a AAA release on a portable device. Previously, you would only dream to get a stripped down version of games and low budget titles. With the Vita and it’s graphical and processing power, the dream of getting fully developed and big budget games on the portable platform was becoming a reality. The Vita saw the release of some of the biggest and most ambitious portable games ever including Uncharted Golden Abyss, Little Big Planet, Killzone Mercenary, and even Gravity Rush.

Another reason for the failure is due to the alternatives that were on the market. Many consumers flocked to Nintendo’s portable platform due to the amount of developer support and the first party support it garnered. Along with this, the rise of mobile gaming was becoming increasingly prevention throughout the market.

Overall, Sony managed to sell around 16 million PlayStation Vitas. While that number might seem respectable, when you compare it to the previous generation of selling over 80 million PlayStation Portable devices, the number pales in comparison. This led Sony to scrap PlayStation Vita production in 2018. History will look back at the Vita as perhaps one of the main reasons for the Nintendo Switch exists. However, Sony failed to capture the same magic in part due to networking limitations, but mostly due to self-sabotage. Would the Vita have succeeded if Sony didn’t force consumers to purchase their exceedingly expensive proprietary memory cards? While we will never know the true answer, Nintendo’s success with the Switch likely has Sony looking back at what could have been. Perhaps they have learned from their failures and will try again? We can only hope as Sony seems to know how to put out some of the best portable hardware. Considering they made the same mistakes with the launch of the PS3 and have corrected them with the PS4, chances are high they might be able to work the same magic with a Vita successor.