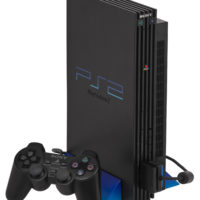 Even though no official announcements have been made and the Xbox One X (whose project name was Scorpio) is a relatively new console, it looks like Microsoft is already developing plans for future consoles. Are these projects are the company’s newest gaming undertakings. The project names: Scarlet and Scarlett Cloud won’t be the names given to these two developing consoles they are said to be the project names of Microsoft’s next Xbox hardware devices. At the E3, Xbox Chief, Phil Spencer, implied that Microsoft was working on […]