As seems to be the nature of things in video game releases, the summer time is almost always the slowest time of year. It’s been this way since the days of the Super Nintendo system (and the corresponding system from Sega, the Genesis). The trend looks to continue this year with the Nintendo Wii. So what is an avid gamer to do once they’ve finished all of the current games in their collection? 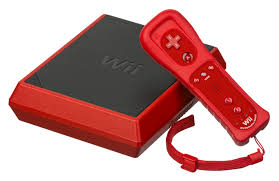 While many games often have great replay value, playing it on a different difficulty setting, or playing it in two player mode with a friend. We’re often left wanting an waiting in the summer time for new game releases. Going to your local Blockbuster or EBGames to buy another new game is simply not an option.

This is where import games come into play. While state side we’ve run out of games to buy (and play) and wanting for more, there are a whole slew of games being released (or games that have already been released) in Japan and Europe, that are sure to keep you busy during the slow summer months here in the USA and Canada. You can certainly keep yourself busy and playing without having to rely on the release dates for games here in North America. And while we can safely assume that all games from England and Europe are multi-lingual, meaning that they have an English option available. Even many of the Japanese games that have been released offer a full gaming experience simply because many of the prompts, words, information screens are all in English.

It’s important for me to point out however that even with all of these great games coming out in Japan and Europe while we’re dealing with the slow down in game released here in North America, you can’t just pop these games into your Nintendo Wii and expect them to load. You’ll need a Nintendo Wii Mod chip like the Wiikey or the Cyclowiz> or one of the many other Wii Modchips on the market today. This is because the Nintendo Wii, like the Playstation 2 and Gamecube before it, has region coding on their games. Much like a DVD movie that is meant to play in a certain region of the world, video games are also the same. So if you want to play a Japanese game on your North American or European Nintendo Wii, you simply won’t be able to do it without a mod chip.

With all of the mod chips on the market now for the Nintendo Wii, you’ll have no problem picking on that’s suitable for you, and being able to play it right away. Don’t be afraid of installing a mod chip, they are easy to do, and require fairly little skill as far as soldering goes. You won’t regret the 20 – 30 minutes it’ll take you to install it – the rewards are far to great. Being able to expand your software library by hundreds of games right after you install your Nintendo Wii Modchip.

Konami, Hudson and Tecmo are preparing new games to be released on the Nintendo Wii in Japan. These game are slated for release in either June or July. here are just a few of the many Nintendo Wii Import Games you could soon be playing.

First to the plate (okay, the pun IS intended) is Jikkyou Powerful Pro Baseball Wii. This big headed baseball game from Konami is similar to the PS2 Version that is available already. The Wii version will however have an exclusive “REMO PAWA” (remote power) mode where you would use the Wiimote to swing and pitch the ball, making for a truly interactive game experience. On a side note, I have always thought that sports games would benefit the most from the way we play games on the Nintendo Wii – and this game shows that perhaps I may have been right. The release date is July 19th for this game.

The next game will be an action game from Tecmo. Though no details have as yet been released for this game, it is, as said by the famous Famitsu game magazine in Japan, a good, and much needed action game for the Nintendo Wii. While it may seem a but mysterious that there aren’t any additional details, this is often common in Japan – even when the game is just a month from being released.

And finally, the last of the the games in this article is a jigsaw puzzle game (yes, jigsaw puzzles on the Wii CAN be fun you know!). Entitled Jigsaw Puzzle Kyou no Wanko, which roughly translates to Jigsaw Puzzle: Today’s Dog in English. This game features jigsaw puzzles based around the popular (in Japan anyway) Kyou no Wanko segment that airs early mornings on Fuji Television in Japan. While it may not be your next first person shooter – it can offer several hours of party fun with your friends and family (and a great way to show your parents that you’re actually using your brain while playing a game too). The release date for this game is set at July 29th. 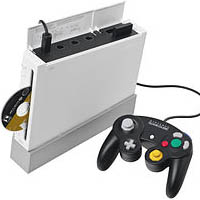