There are already plenty of arguments and theories all over the web comparing the PS3 with the 360 and each viewpoint and idea has its own merits. This however, is a more specialized look at comparing the two systems: from the point of view of a player to game relationship. And well throw in the spoiler here as well: the PS3 wins this match hands down. As for how and why, here is a quick breakdown of top three categories considered. 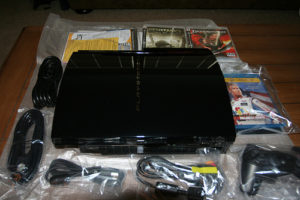 Indeed, the Xbox 360 is not short of single player titles such as JRPGs and the like, but in this regard, the 360 has very few exclusives and the releases of the multi-console ones would always have a superior PS3 version in terms of having more content or better performance. Heavy Rain has been lauded as a more cinematic game than Alan Wake. Meanwhile, the Uncharted series and Konamis Metal Gear Solid 4 have no equivalents on the Microsoft system.

The 360 costs a lot more to run than the PS3; sure, in terms of price, Sonys console has a heftier tag. But the 360s online service is subscription based and the controller requires batteries. In the long run, you will spend more on the 360. Now, this may not seem like a gaming concern, but in truth, it is. The more money you spend on maintaining a system, the less you spend buying more games. Also, the 360s history with freezing up and getting corrupted is a major turn-off for single players.

The threat of possibly losing all your save files (which is basically several hundred hours of effort) due to the Red Ring of Death, or Red Dot of Death for the new slim 360, will keep you on your toes each time you boot up the device. Microsoft will offer to help fix your system or offer you a refurbished console. Neither of these solutions will restore your files, and both will still require you to shell out some cash. Sonys PS3 may have had its fair share of problems, but never on the same level as the RRoD. Having a more stable system to play in provides that priceless feeling of security for any hard core gamer.

Developers are discovering the power of Blu-Ray. The two systems use different media for games; PS3 titles are stored in Blu-Ray discs which have higher capacities than the HD-DVD that Microsoft uses. This means that as games get bigger and bigger, developers are able to store more content on the PS3 disc, and eventually, they will fill it to the brim.

At which point, Xbox games will have to resort to using multiple discs. This may not be an issue for some titles, but in certain genres, such as open world games, this will mean that the gameplay experience will no longer be seamless (if the earlier areas are in the first disc, going back to them later in the game might require players to exchange discs). At the moment, this is not yet the status quo and only one game currently falls under this category: the abovementioned MGS4. And somehow, that one single exclusive is more than enough proof for this point.

Of course, there is no such thing as a better system overall. While we do appreciate many of the positive features of the PS3, there is no console that will manage to satisfy the needs of every single unique gamer out there. In the end, the choice of selecting a console depends heavily on the needs of the player; and ultimately, all video game fans would simply want to have both.